The Bear and the Nightingale by Katherine Arden
My rating: 3 of 5 stars

Hmm… I’m at a loss with this one. I can’t say that I loved it, but I didn’t dislike it either. I feel like I’m missing something. This is a story that I should probably go back and re-read at a time when I can give it my full attention…but I didn’t feel a strong enough connection the first time around to make me want to do that.

When I listen to an audiobook, I’m usually doing something else that requires part of my attention (i.e. driving). For this reason, I try to keep my audiobook selections pretty straightforward. Unfortunately, this book proved to be too detailed for me to follow in that format. I ended up having to “rewind” several times to reorient myself because I’d find myself completely lost.

‘The Bear and the Nightingale’ ended up being a bit too complicated of a story for me to take in via audiobook. There were details and connections that I’m sure I missed. The fact that I didn’t understand some of the Russian words and wasn’t able to look them up at the time, certainly contributed to my bewilderment.

In a nutshell, the story dealt with religious persecution as the “old gods” and religions were being pushed out by Christianity. The story is set in medieval Russia and the imagery crafted by the author was beautiful. Even when I was admittedly lost, I greatly enjoyed the detailed descriptions provided.

The heroine, Vasya, had special abilities and represented “good” in this book. Her mother was determined to have her, even knowing that she would sacrifice her own life. As a result, Vasya grows up to be resented by her father in a way.

When her father decides to remarry, largely in an attempt to tame the spirited Vasya, a political marriage is arranged to Anna. Anna had planned to become a nun and religion is a very large part of her identity. To say the least, she ended up being a nightmare for Vasya.

When the self-righteous Anna teams up with the fear-mongering priest, Konstantin, nobody is safe. Let the witch hunts begin!

Meanwhile, Vasya is given a protective talisman. She is tied to “Frost”, the winter demon king. Through their abilities and old “magic” the two are interconnected. — I won’t lie. I am hazy on the details here.

In many ways, this story was intriguing. At some point, I might give it another try because I’m certain that I missed a great deal. I had a hard time staying focused on this story, not because it was bad, but because I was preoccupied. Nonetheless, it ended up being a “good but not great” read for me this time around. It just didn’t keep my attention.

Salt to the Sea by Ruta Sepetys
My rating: 4 of 5 stars

Before starting ‘Salt to the Sea’, I had heard quite a lot of praise for the book. In fact, I was a little nervous to start it because I was afraid that it wouldn’t live up to it’s reputation. Thankfully, that didn’t prove to be the case. This book was beautiful, devastatingly so.

Ms. Sepetys does a wonderful job of shedding light on the sinking of the Wilhelm Gustloff, a maritime disaster that claimed more than 9,000 lives and remains an overlooked part of history. Admittedly, I had never heard of this disaster until reading this book. Perhaps this is the result of a world that was less than sympathetic to German pain and loss following the end of WWII and the unveiling of the Nazi atrocities. Whatever the reason, I am glad that Ms. Sepetys brought this piece of history into the light. This story needed to be told.

Weaving fact and fiction together seamlessly, the author tells the story of a group of WWII refugees trying to flee as the Russian troops gain ground toward the end of WWII. Told in alternating POVs, this book reveals a human side of war. Everybody seems to have something to hide and a different motivation for their actions. Above all else, this story highlights the fight to survive.

Most noticeable in this cast of characters are: Joana, the Lithuanian nurse; Emilia, a young Polish girl; Florian, Emilia’s mysterious rescuer; and Alfred, a young German soldier. There is a full cast of supporting characters as well, such as the shoemaker, that contribute to the richness of this story. Each play a significant role in making this a robust reading experience.

I don’t want to spoil this story for anyone. Obviously, the ship sinks. However, I won’t say much else about the storyline because I think this is a story worth experiencing.

This isn’t a rainbows and unicorns type of story. It is real and moving. At times painful, this book highlights the depths of human depravity, as well as the incredible kindness that people are capable of. This is a story of tragedy and survival. It was raw, gritty and inspiring. I enjoyed this story quite a bit and would recommend it without reservations to anyone that is looking for a good, historical fiction that addresses a lesser-known part of WWII history.

A Gentleman in Moscow by Amor Towles
My rating: 3 of 5 stars

‘A Gentleman in Moscow’ tells the story of Count Alexander Rostov, who is sentenced to live out the rest of his life on “house arrest” in the Metropol hotel, following his “conviction” by a Bolshevik tribunal. He was convicted of being an unrepentant aristocrat and is stripped of his wealth by the new Bolshevik regime. From one of the hotel’s most prestigious guests, to a member of the wait staff, Count Rostov manages his fall from grace with poise and dignity.

This book provided beautiful imagery and a thought-provoking dialogue on the rise of communism in Russia over a period of about 30 or so years, beginning in 1922. I was amazed at the insights of Count Rostov related to world events, especially considering that he was confined to a large hotel for the majority of his adult life. He was an intriguing and remarkable personality.

Beyond all else, Count Rostov remained a gentleman. At times, his focus on manners and his devotion to various formalities seemed ridiculous. After all, he was essentially imprisoned in a gilded cage. What did he have to lose?

However, I came to appreciate the formal mannerisms of Count Rostov. He truly was a gentleman. By staying true to himself, he refused to let the regime win. He wasn’t bitter. He didn’t waste energy on blatant defiance of the Bolsheviks. He kept his head high and maintained his composure. It was truly impressive.

Over the course of the decades spent in the Metropol, a colorful cast of characters comes into the Count’s life. Despite the fact that he cannot leave the hotel, he always has something interesting going on. Most notable were a handful of the hotel’s employees, a famous actress and two young girls.

The first girl, a nine year-old named Nina Kulikova, becomes a constant in Alexander’s life when she has a prolonged stay at the hotel. Alexander takes her under his wing, becoming a mentor of sorts. Together, the two make a game of spying on the hotel’s various occupants and become virtually inseparable. Alexander counsels her on the characteristics of a princess. Nina breathes life into his day to day existence.

Years later, Nina returns to ask a favor of her old friend. She needs the Count to watch over her daughter while she goes in search of her husband, who has been taken by the regime. Alexander agrees.

As time passes and there is no word from Nina, Alexander raises her daughter as his own. Young Sofia is the source of his life’s joy and purpose. Along with the other members of the hotel staff that comprise his inner circle, Sofia is brought up to be a proper young lady.

Spanning decades, ‘A Gentleman in Moscow’ provides romance and political intrigue. It certainly is no small undertaking. Accordingly, the story does seem to drag at times. There was just so much time covered and so many changes occurring, while the Count’s life remained rather stagnant at times. Truly, that was his punishment – to be excluded from life outside the hotel while having a bird’s nest views to watch it from the windows and balconies.

While I was taken aback by the beauty of this story at times, I also found myself bored for much of this book. Sure, there were many things that I found to be quite interesting about the Count’s life and the ongoing commentary on Russia’s Bolshevik-era politics. However, I found my mind wandering frequently.

That being said, I do think that this book is worth a read. It was interesting, if not always entertaining or gripping. I certainly feel more “enlightened” for having read this book. It was a nice change for me. Now, I think I’ll jump right back into my preferred romance genre with a feel-good story that is about as deep as a kiddie pool. LOL.

The Kite Runner by Khaled Hosseini
My rating: 4 of 5 stars

‘The Kite Runner’ had been sitting on my TBR list for years. I kept putting it off because while I was sure that it would be a fantastic book, it isn’t the type of smutty romance that I usually read. I knew that I’d have to be in the right kind of mood to read it. Finally, I found myself wanting to read something a little different to break me out of a reading rut and I downloaded the Audible version of ‘The Kite Runner’ and started listening.

If you’re like me, and have always been blessed to live in a country where you’ve never experienced the brutality and terror of warfare firsthand, this book serves as a reminder of how lucky you truly are. As a woman, and a mother of two daughters, I cannot begin to express how grateful I am that I was born in a country where women are treated as equals. Sure, there are still some inequalities. However, when I think of how women are treated in many other regions of the world, I am incredibly thankful to have the freedoms that I do.

I won’t rehash this story, because it’s been done a million times already and I don’t think there’s anything I could say that hasn’t been said already. However, I will say that this was a wonderful book. It was grim, brutal and depressing, but also beautiful at times. It was emotional and infuriating, but you can’t say that you didn’t “feel” while reading this one. I experienced a full range of emotions.

In the end, it grounded me and put all of my petty gripes into perspective. We all need to be reminded of how blessed we are at times. I highly recommend this book to anyone that is looking for an emotional and enlightening story. 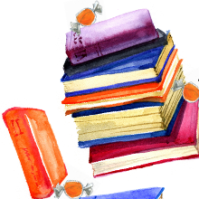 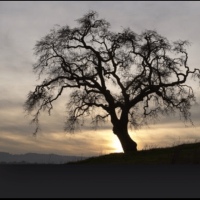